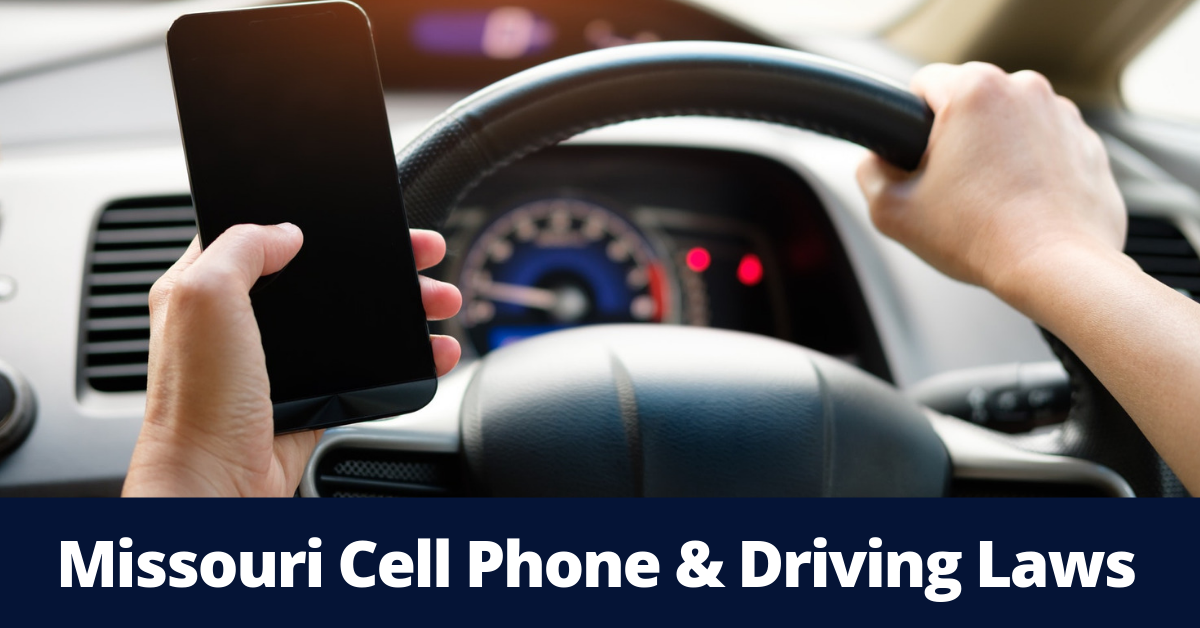 Many studies have shown that a driver using a cell phone can be as impairing and dangerous as driving drunk. At 35 mph, a two-second glance at your cell phone in the seat next to you means you have traveled over 100 feet on the road without looking. Plenty of things can and do happen in 100 feet. This has led state legislatures to pass laws that restrict the use of cell phones while driving.

​Missouri cell phone laws make it illegal for those under 21 to text, read, or write electronic messages while driving. Penalties can result in a $200 fine. The law does not apply to drivers over the age of 21.

Can you talk on your cell phone while driving in Missouri?

The state has few laws on the books that dictate cell phone use while driving. Missouri does not have a hand-held ban in place, and the current laws allow young drivers to talk on a cell phone while driving as soon as they get their licences. 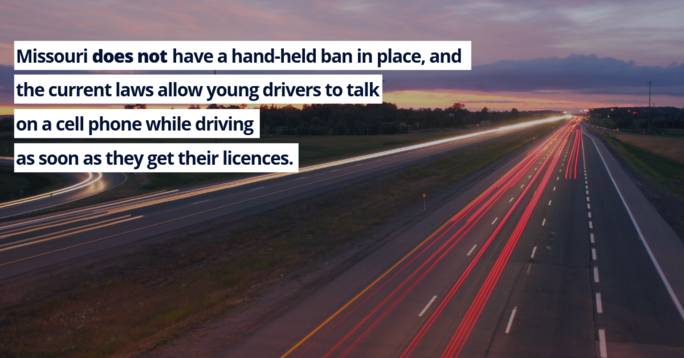 What states is it illegal to talk on the phone while driving?

Although no states have yet to pass a law that bans all cell phone use for all drivers, many have laws dictating who can use these electronic devices and how they can be used. 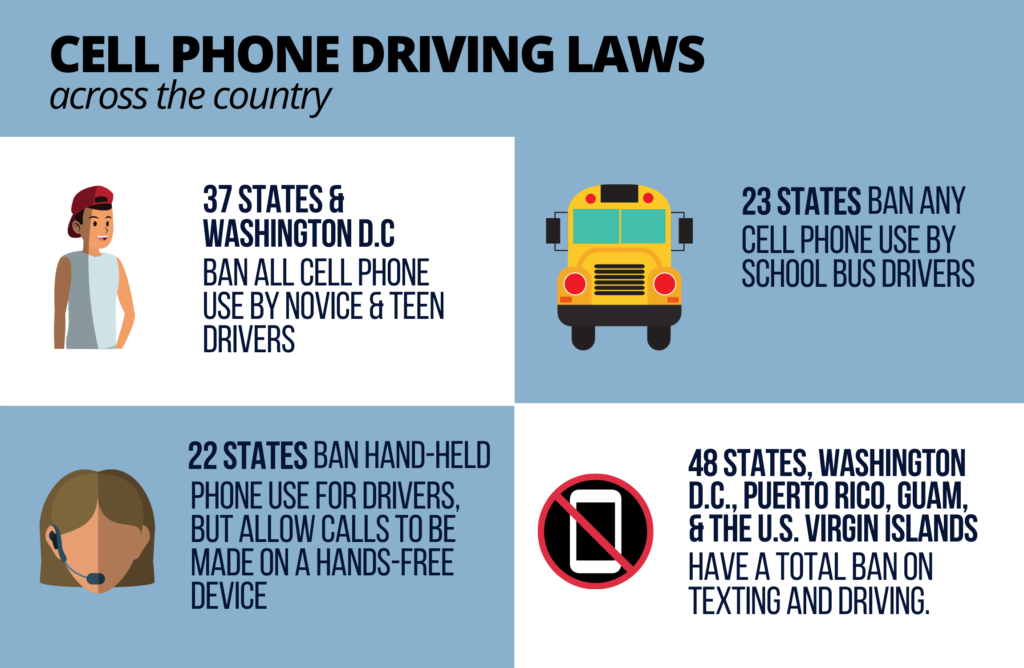 Is it against the law to text and drive in Missouri?

Currently, Missouri is one of two states, including Montana, that has yet to outlaw texting and driving outright. However, in Missouri, it is illegal for drivers under 21 years old to send, read, or write electronic messages while driving.

Penalties for texting and driving in Missouri

The penalties for texting and driving for those under the age of 21 are a $200 fine and points against their license.

In 2018 there were 922 fatalities on our roadways.  The top causes of these crashes continue to be driver impairment, distraction, speed and fatigue. A report from the Missouri Highway Patrol says that of all the people killed in Missouri motor vehicle accidents, nearly 40 percent were between 15 and 35 years old. The most overrepresented age group in fatal accidents is 15 to 24-year-olds, who made up nearly 20 percent of all vehicle fatalities.

In 2017, there were 2,600 crashes in Missouri that involved cell phone use, leading to many personal injuries. Law enforcement suspects this number is low because this metric only represents cases where people admitted to using their phone after a crash.

The truly tragic thing is that most of these accidents are preventable.  Drunk driving, cell phone use, and speeding are all factors that are completely under the control of the driver. Car manufacturers have begun adding some incredible high-tech safety features to the cars such as lane assist and emergency braking, which you would expect to reduce the number of fatal car accidents.  In addition, over the last few decades, there has been increasing awareness about the dangers and consequences of drinking and driving. We can see this especially in Uber and Lyft as they increase their popularity to become commonplace apps used across all age groups.

Despite these technological and societal changes, we are not seeing the number of roadway deaths drop as we would expect.  Many experts believe that is due to the increasing use of cell phones while driving.

Other Guides to Missouri Laws: